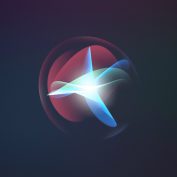 Apple bought Vilynx. The Barcelona-based start-up specializes in advanced technologies for artificial intelligence and computer vision. According to Bloomberg, the buyout took place a few months ago for $ 50 million. Apple confirmed the buyout, but not the amount.

Vilynx implemented its technology in software used by businesses. This included search and recommendation engines for videos and other media. On its website, which no longer exists today, the start-up praised the ability of its system to recognize elements, but also to understand them.

“Recognition consists in recognizing Michael Jordan’s face,” the website says. “To understand, you have to know that it was Michael Jordan, the former NBA basketball player, who played for the Chicago Bulls and went to the University of North Carolina.”

Apple should use Vilynx technology to improve Siri and look overall. The manufacturer should also use it to improve the facial recognition of their photo application. On the flip side, Apple could leverage the technology in a recommendation engine for its TV and Apple News applications to deliver more relevant content to users.

To date, there are around 50 Vilynx employees at Apple. In addition, Apple will keep the Barcelona office to make it the main location for research and development in the field of artificial intelligence in Europe.