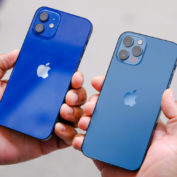 Did Apple tell us all about the iPhone 12? Maybe not. A document from the US regulator, the FCC, suggests that the iPhone 12 could offer a wireless reverse charging system. This is already available on some Android smartphones.

In its document to the FCC, Apple says that the various iPhone 12s support a wireless charging feature that appears to be enabled for at least one future Apple accessory. Should we understand that an upcoming iOS update will enable wireless reverse charging? It seems to be the case. But we still have to wait for confirmation.

According to Bloomberg’s Mark Gurman, one of the accessories could be a new pair of AirPods. The charging case could support MagSafe, which is exactly on the iPhone 12. The user could come and put the AirPods on the back of their iPhone 12 to charge the headphones.

This reverse wireless charging was discussed a lot last year. Rumors announced the functionality for the iPhone 11. However, a last-minute rumor from Ming-Chi Kuo announced that Apple had abandoned this project. A priori, the charging efficiency was not at the level of the manufacturer’s requirements. The MagSafe system could be just the thing for him.

CSU boss Söder presents a biography of Laschet: “I just have to say something good” – politics

Rice and beans: a week to eat like a refugee | Solidarity

The dangerous race of the Berlin Mercedes: an economical engine