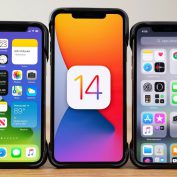 The latest update is iOS 14.1. It was created last week to correct many bugs. We are now waiting for iOS 14.2 which is in beta. The final version should be available very soon.

As a reminder, going back to an earlier version of iOS will be of particular interest to jailbreak enthusiasts. In this case, Checkra1n can jailbreak iOS 14. However, the tool only works with a handful of iPhones. We still have to wait for full support.

the new tool for merchants developed by FFAC and Google France

Meeting of Transport Ministers: road safety – not up for discussion – politics