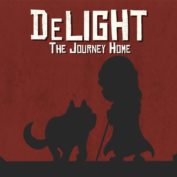 DeLight: The Journey Home was developed by the small indie studio DreamTree Games and is a narrative adventure game with a pretty original gameplay. The player guides Sammy, a young blind man who discovers his surroundings at the same time as the player: the play area is completely immersed in darkness except for the room near Sammy. Despite his handicap, Sammy has to avoid guards and other unsavory characters. In short, a new breed of infiltration. During his journey, Sammy will quickly make friends with Deli, a passionate young dog who can help him in certain sensitive situations (fighting a guard, lifting an obstacle, etc.).

DeLight: The Journey Home has received praise for its script at several indie festivals and is about to hit mobile phones and PCs. The game will be available in the App Store on November 19th and can be pre-ordered there.

The New York Opera made a concert from home

Understand all about the trial version waiting for google

Was the embryo of democracy in the Constitution of 1822? | Opinion