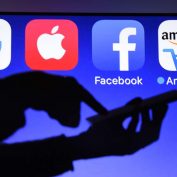 Should we cut Google, Apple, Facebook and Amazon (GAFA)? For Margrethe Vestager, this is doable, but it remains a risky process. The European Commissioner for Competition raised this issue briefly today.

She does not believe that dismantling GAFA “is something that should be included in this legislation”. According to the EU Commissioner, “you have to be very careful with this type of drug because you have to be very sure how it would actually work”. She adds, “It would tie you up in court for a long, long time. I think it’s important that we try these routes with the platforms first. “

This statement about GAFA may come as a surprise, especially from Margrethe Vestager. It was the first company to target technology companies like Apple, Google, and Amazon in particular. At Margrethe Vestager’s request, the European Commission has fined billions of euros. The biggest business is Apple and Ireland. The Commission asked Apple in 2016 to reimburse Ireland € 13 billion for tax breaks. Ultimately, the iPhone manufacturer doesn’t have to reimburse this amount.

In any case, Margrethe Vestager’s speech on GAFA is a little different from Thierry Breton’s. The EU’s Internal Market Commissioner recently believed that technology companies are too big. He wants the European Commission to be able to sanction them.

Lithuanians and Belarusians make human cord to the border

Gender equality in the East and West: East Germans work longer and earn less – the economy

From odd jobs to sales manager: what EU aid for refugees does in Turkey – politics